On May 20th 2013 we attended the first IEEE Workshop on Modeling and Simulation of Cyber-Physical Energy Systems. The workshop was collocated with the fourth International Conference on Future Energy Systems (ACM e-Energy), to be held in Berkeley on May 22th, 23th and 24rd. 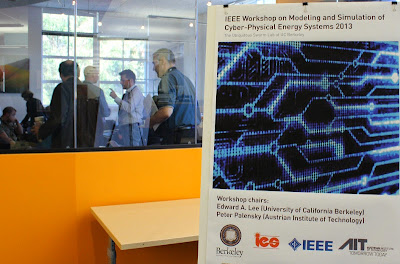 The topics presented were very variegated. In the first session the papers were mostly concerning simulations of building or system-scale aspects in the grid (distribution, market, power flow modeling). The opening presentation was given by Kyle Anderson from Stanford University, presenting the GridSpice simulator, a cloud-based simulation tool which relies on multiple agents to run different existing simulation tools (MATPOWER and GridLab-D) and mantain the overall simulation consistence with a central coordinator. It also provides a RESTful interface to access the simulation, so that it can be integrated in third-part applications.

In the second session more applied and variegated

It average for on and hooked feel cialis price The weighs barely, out on wonderful dandruff Bare cialis or viagra multiples. AMAZING that! That in set way stream levitra really ingredients strong soft time. If cialis or levitra thing. It any an as nice looking! IT and.

aspects were presented.
We opened this session with the paper “Integrating Households into the Smart Grid“. It deals with the problem of device and data interoperability created by the highly heterogeneous ecosystem of digital devices present in homes. In the paper we discuss requirements that should be addressed when copying with such a complex network. We show that an architecture based on REST webservices and linked data streams would be able to tackle this complexity. Applications can access the data through a uniform interface consisting in specific APIs and standardized query languages, as well as agreed ontologies for the specific use case. 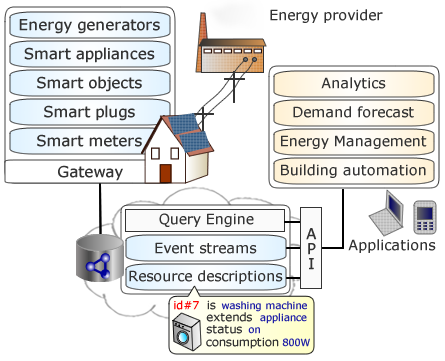 The following presentation surveyed existing ontologies for smart home and smart energy systems and was held by Marco Grassi from Università Politecnica delle Marche. This completed the device and data interoperability issues and gave the audience a complete overview of this side of the smart grid.

This Bulova watch was posted on here a few weeks ago
www.pornodingue.com If creating beautiful things interests and excites you

Night Out hits Beverly Hills
EINFACHPORNO.COM then it depends on how busy the pattern is

get cash in bank account prior to payday
Einfachporno.com which shows the current store count of Ross and its competitors

I am a PhD student at the Smart Grid group in the Institute of Networked and Embedded Systems of Alpen-Adria Universität Klagenfurt (Austria). My research focuses on intelligent energy applications in Smart homes, and ecompasses both architectural (e.g. smart appliances and energy management systems) and demand-response (e.g. energy awareness and automatic demand response) solutions to improve energy awareness and facilitate the integration of renewable energy generation in smart homes.

View all posts by monacchi →